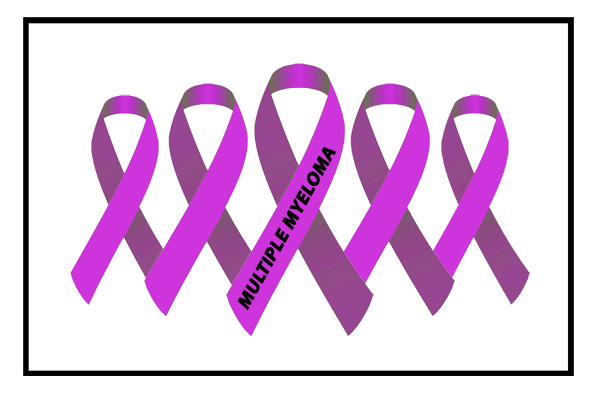 What is Multiple Myeloma?

Multiple myeloma is a cancer of a type of white blood cell called plasma cells. Together with other white blood cells, plasma cells form part of our immune system which plays an important role in fighting infections. Plasma cells produce antibodies (immunoglobulins) which help body to combat infection and disease.

When myeloma develops, there is uncontrolled proliferation of plasma cells resulting in a variety of symptoms.

What Symptoms Do Myeloma Patients Experience ?

In early stages, there may be no symptoms and discovery may be incidental eg abnormalities in blood tests are detected in course of screening investigations.

Symptoms vary depending on the parts of body which are affected and how advanced disease is. These include

These symptoms are not specific for myeloma and can be seen in other medical conditions.

How do we test for Myeloma ?

The aims of tests are to

How is Myeloma Treated ?

Not all patients require treatment immediately.

The need for treatment depends on the extent/stage of disease and also presence of symptoms.

In some patients the condition is “smouldering” ie myeloma is in a very early phase and patients are asymptomatic without evidence of complications associated with myeloma such as bone disease, kidney disease. Under such circumstances, therapy may not be immediately required but close followup for progression is required.

The treatment chosen depends on various factors such as aggressiveness of myeloma, stage of disease and general health of patient. Each patient is different and treatment should be individualized.

In some patients, the disease may be confined to a single lesion in bone or soft tissue with no evidence of disease elsewhere ie plasmacytoma. The treatment of choice in this case would be local radiotherapy with close followup to monitor for progression to myeloma.

Treatment for myeloma may involve:

In addition, bone strengthening drugs (bisphosphonates) may also be given to reduce the chances of fractures

Multiple myeloma is a cancer involving plasma cells in the bone marrow. Therapy is complex with multiple drug options available for treatment as well as for supportive care. While myeloma is generally not cured with current available therapy, advances in understanding and knowledge of the disease as well as drug developments over past 30 years have resulted in improved survival.