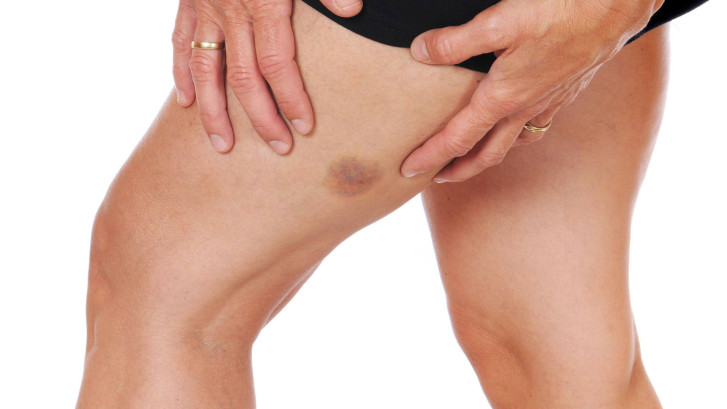 This is defined as bruising that occurs spontaneously after minor or no trauma. It is a common problem. As we age, there is a tendency to bruise more easily. Although bruises are generally harmless and go away spontaneously, sometimes this can be a sign of a more serious problem and evaluation for possible bleeding disorder should be considered.

What is a Bruise ?

This is a collection of blood under the skin which occurs when blood leaks out of blood vessels beneath the skin surface. This is usually in relation to some trauma such as a knock or blow which damages superficial blood vessels. Bruises are often described as “blue black”. The colour changes from dark red to green to yellow and eventually as body reabsorbs the blood, it disappears.

What are causes of Easy Bruising?

Bleeding disorders comprise a group of conditions where the blood cannot clot properly. These may be broadly divided into three categories

Sometimes, easy bruising may occur due to intake of certain medications or supplements. These include blood thinning drugs such as aspirin, clopidogrel, nonsteroidal anti-inflammatory agents eg ibuprofen or warfarin. Long term usage of steroids (topical or oral) may cause the skin to become thin and thus bruise more easily. Also, some dietary supplements such as ginkgo biloba or fish oil may predispose to easy bruising.

When should we be Concerned About Easy Bruising?

Easy Bruising is considered significant when there are 5 or more bruises greater than 1cm in diameter. In particular, it is important to see your doctor if following are noted :

What Should We do ?

Discuss with your doctor your concerns, particularly if symptoms are significant as noted above. Avoid engaging in high risk sports/activities that may predispose to injuries till you have undergone assessment of your bleeding risk if you are unsure. Do inform and discuss with your doctor or dentist about your problem and concerns, particularly if there are plans for surgery.

A detailed evaluation of your bleeding history, physical examination and laboratory investigations will be helpful in determining cause and assessing bleeding risk.